Administration
2018 Year-End Census Information Due Now!
It’s that time again!  Perhaps one of the most pressing compliance matters is the submission of census data to begin compliance testing.  Sponsors of calendar-year 401(k) plans subject to the Average Deferral Percentage (“ADP”) or Average Contribution Percentage (“ACP”) Tests (i.e. all Non-Safe Harbor Plans) must submit their 2018 census data now to ensure timely results and processing of any potential refunds.

Be sure to submit your annual census data and compliance questionnaires to your recordkeeper by their specific deadline (typically no later than January 31st, though some recordkeepers have stricter deadlines) to ensure delivery of testing results before March 15th.  Any ADP refunds made after March 15th will be subject to a 10% employer excise tax.  Please contact Vita Planning Group if you have questions regarding your record-keeper’s requirements.

For other important dates on the horizon, please check out our online Compliance Calendar.


401(k) News
Hardship Withdrawal Changes Take Effect in 2019
The Bipartisan Budget Act of 2018 included a number of changes to the hardship provisions of 401(k) plans that take effect on January 1, 2019.   The most significant of these are:

Your recordkeeper should have these changes included in their systems for the administration of hardship withdrawals.  Please let us know if you have any questions about these changes.

Market Update
The markets ended 2018 much as they began: heightened volatility leading to a significant fall in US equity prices despite continued strong economic fundamentals.  The S+P 500 ended 2018 down 6.2% year-on-year (“YOY”) after having touched its all-time high of 2,914 in August.  Though fixed income yields rose over the course of the year (US 10 Treasury high of 3.20% in October), the BarCap US Aggregate Index pared down early losses to finish flat (-0.10%) for the year.  Overseas Developed and Emerging Market Equity were the worst performing asset classes, falling 13.4% and 14.2%, respectively, in US Dollar terms.  Despite market movements in 2018, there is ample reason to expect that US economic growth will remain intact into 2019 and not justify the recent equity market declines.

US GDP growth accelerated over the course of 2018, reaching 3% YOY in Q3.  Much of that growth seems to have been a result of the positive impact tax cuts had on consumer spending.  Without new tax cuts, this impact should diminish entering 2019, with expectations for US GDP growth to return to the 2.0% per year rate that it recorded from 2010 to 2016.  The US economy should be able to maintain this rate of growth into 2020 because of two factors: 1) none of the economy’s cyclical sectors (housing, autos, business investment, inventories) are overextended, and 2) inflation remains stable, such that when the Fed does end its current tightening (toward the end of 2019) it will be at a much lower level of interest rates than is typical for an expansion of the length the economy is experiencing.   Even though unemployment in December ticked up to 3.9%, 2.6 million new jobs were created in 2018, the highest figure since 2015.  Wage growth remained at 3.2%, still well below its historical average.  Coupled with oil prices falling to around $45 per barrel (from a high of $73 in Q3) and expected to remain low, not only should inflation remain in check but low- and middle-income consumers should experience a boost to their disposable incomes.

The picture overseas is not as rosy, but it is certainly not bleak.  European GDP growth is off its peak of 2.4% in 2017 and should come in at around 2.1% for 2018, though European unemployment continues to fall, currently running at 6.7%.  Similarly, Chinese GDP growth is off its recent high of 6.9% in 2017 but should come in at around 6.5% in 2018.  The Global Purchasing Managers’ Index fell from 52.0 in November to 51.5 in December, with most of the drop coming from Emerging Markets, where the threat of a trade war and the continued strength of the dollar and rising interest rates are having the greatest negative impact.

So with all the good news in the economy as a whole, why have markets fallen so much in 2018?  We feel there are two reasons.  One, is technical in that US T-Bills (Government bonds of 1 year or less) are now yielding 2.5% meaning that many momentum and algorithmic traders moved to “risk-off” positions (i.e., selling equity positions).  The other is the uncertainty caused the very acrimonious and public posturing over tariffs, the US Government shutdown and FED policy.  In theory, a trade war does have the potential to cause domestic prices to rise.  However, the relative muted tariffs that are being suggested against China are estimated to raise consumer prices by approximately 0.4% if all those costs are passed through to the economy.  The shutdown of the US Government diminishes US GDP Growth by approximately 0.2% per month.  As indicated above, the level of US interest rates are historically very low and the FED’s very gradual tightening over the past two years has not inhibited economic growth.  None of this is catastrophic.  But until and unless the noise around a trade war, the US Government shutdown and criticism of the FED ends, uncertainty and negative sentiment could continue to weigh on markets.

If we do see an end to these areas of uncertainty, then markets can finally focus on the very good market fundamentals that exist in the world.  US GDP growth has resulted in 8% revenue growth among S+P 500 companies in 2018, in sharp contrast to the cost saving that pushed most earnings growth after 2009.  US earnings rose an astounding 25% in 2018.  Forecasts for 2019 show a slowing but still in high single digits (7-8%).  The fall in US equity prices has brought the forward P/E ratio of the S+ P 500 to 14.4x, well below the 25 year average of 16.1x.  Overseas, the forward P/E ratios for the ACWI Index ex. US is at 11.5x well below its 20 year average of 14.2x.  Assuming the Fed sticks to its announced policy and institutes at least one more rate rise in 2018, US fixed income should see the best opportunities in credit (i.e., corporate bond and high yield markets) as opposed to duration (long duration Government bonds).  2018 is not 2008. Fundamentals both at home and abroad are much stronger than they were a decade ago and do not justify the recent fall in asset prices that we experienced over the course of 2018. 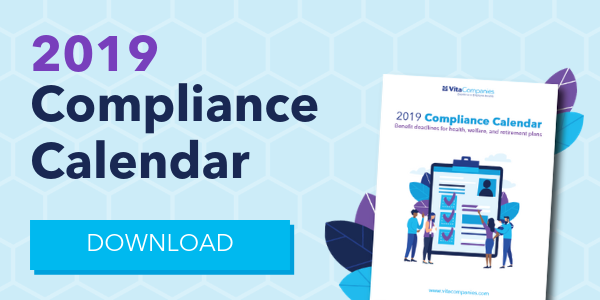 These Stories on Retirement

Let us know what you think

Check the background of your financial professional on FINRA'S BROKERCHECK